A collaborative piece named OM Lab designed by Terence Caulkins at Arup was installed on the top floor of the Rubin Museum in Manhattan early 2017, during which thousands of visitors recorded themselves chanting the Buddhist fundamental syllable “Om”. These were then arranged into an immersive multichannel audio piece played back on a dedicated sound system during the following exhibit at the museum, The World Is Sound, for the second half of 2017. Visitors were invited to sit in a dedicated room and immerse themselves into the sound of thousands of New York voices chanting collectively.

Produced and installed in collaboration with sound designer Terence Caulkins in the Arup SoundLab in New York. 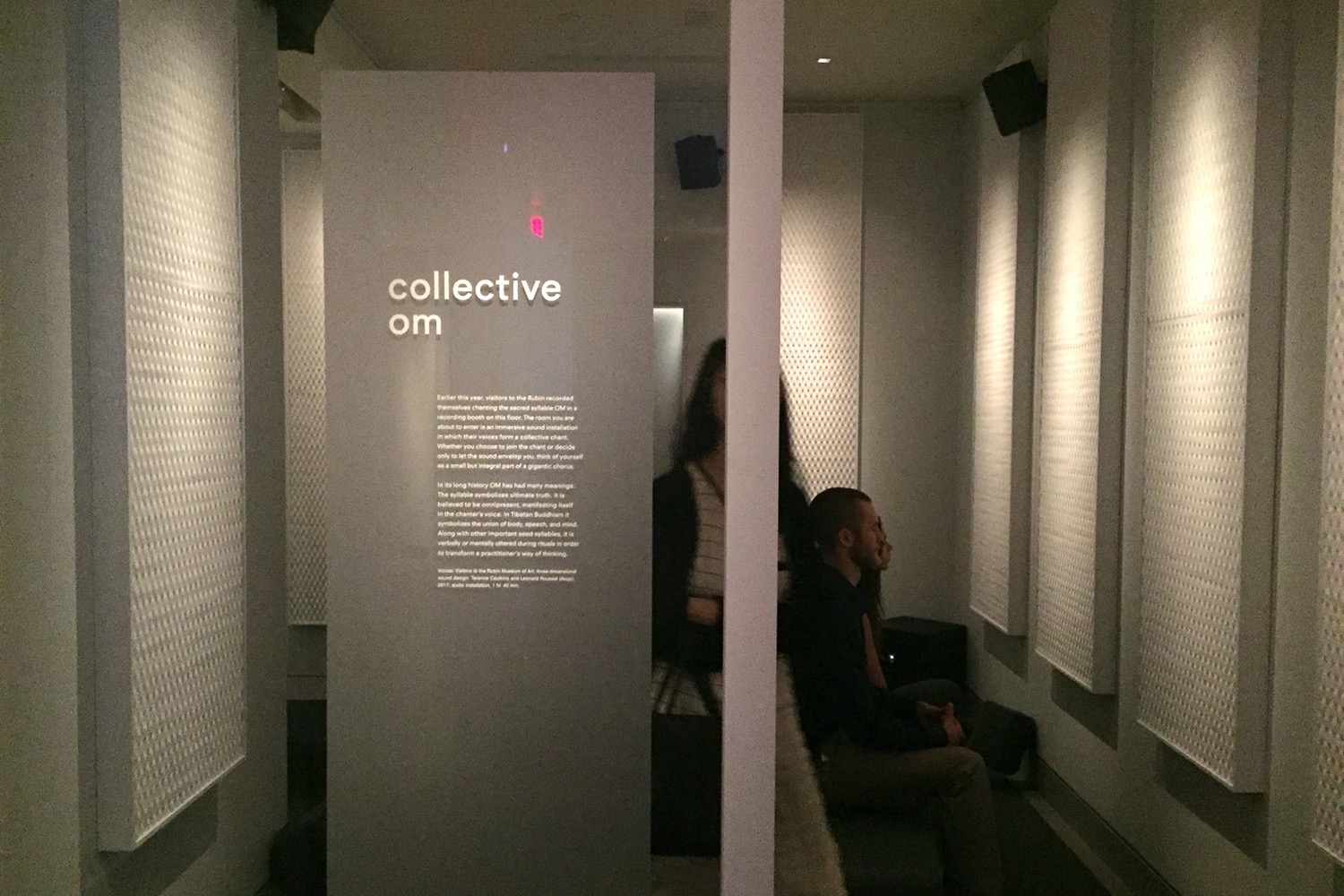 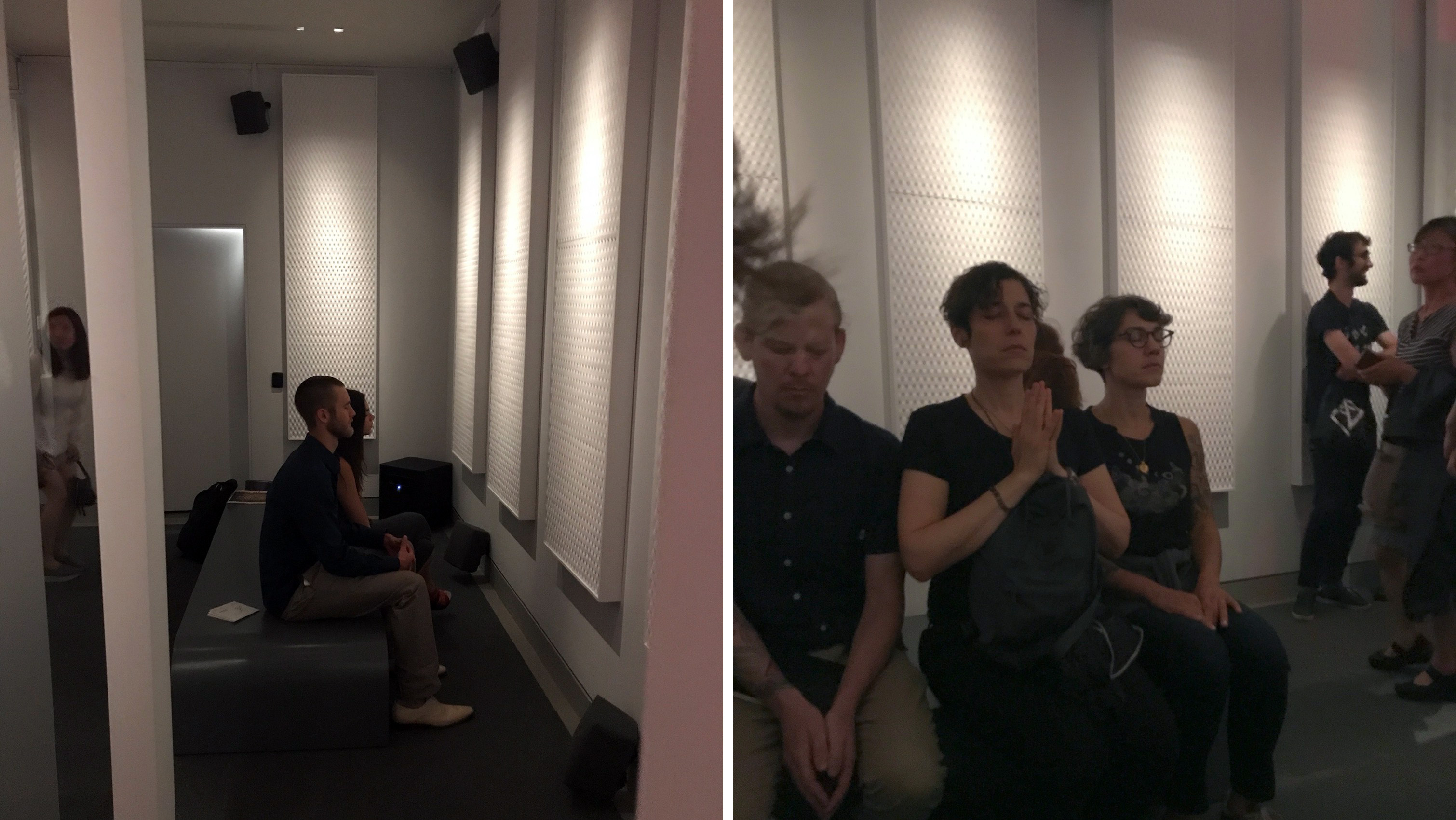