In 2014 Arup was commissioned by David Benjamin (The Living) for the structural engineering of Hy-Fi, a piece featured in the MoMA PS1 courtyard (Long Island City, New York) as laureate of the 2014 Young Architects Program. The piece is a large edifice constructed with compostable bricks. Some of the bricks were transported to the Arup New York office after the exhibit and were assembled into four helicoidal towers. A four-channel audio track was distributed across the towers, composed using textures built from organic (human and vegetal) and mineral elements.

Designed and produced in collaboration with sound designer Terence Caulkins. 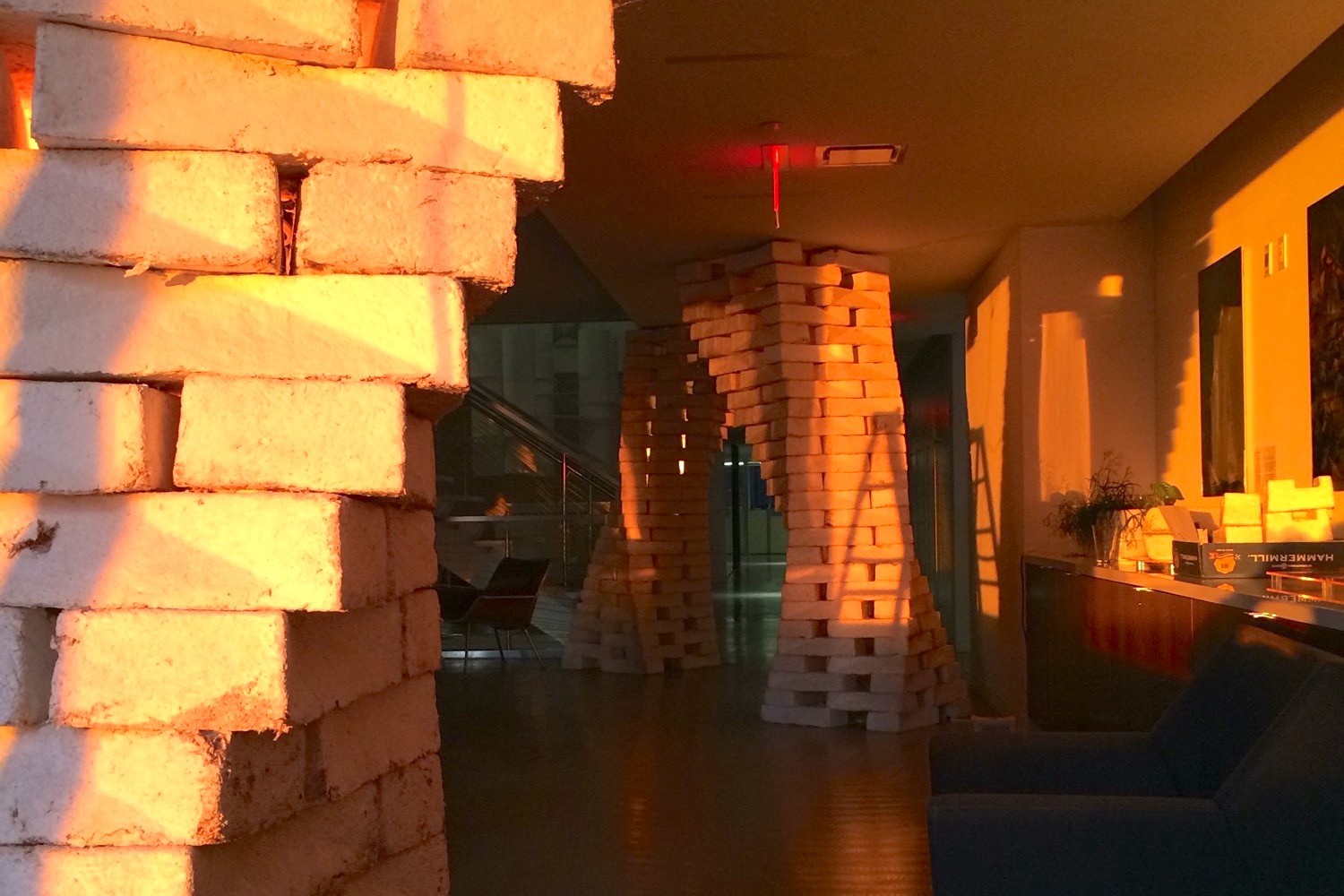